In fact, if you start paying attention to those wildlife programs on tv, you’re likely to realize that most of them were filmed in Northern Tanzania, especially Serengeti National Park.

There are 5 major parks in Northern Tanzania and even the least-popular are quite impressive in their own right.

The vast majority of Tanzanian tour operators are based in Arusha, a city in the heart of the Northern circuit and so Arusha is the base for most Northern Circuit safaris.

Pros of the Northern Circuit:

There is really only one potential drawback/con to the Northern Circuit: The Northern parks get substantially more visitors than the Southern or Western.

This means that there may be more people around, especially in the Ngorongoro Crater. However, the parks are quite large and if private viewings are a priority, a good safari guide should be able to get away from the ‘crowds’ and still find the animals.

Northern Tanzan is full of beautiful terrain and some of the most spectacular views in the country. 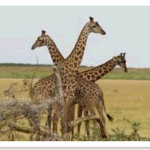 Often over-looked by visitors, Arusha National Park has incredible volcanic scenery, wonderful views of Mt Kilimanjaro (on clear days), a beautiful rainforest and plenty of wildlife. The main features are Ngurdoto Crater and the Momella Lakes. The Momella Lakes attract a wide variety of birds, particularly flamingos. Guests sometimes enjoy this park just as much as the Serengeti. Its close proximity to Arusha usually means that it gets put first on a Northern Parks itinerary. Read More 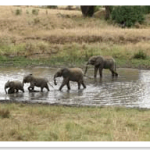 Tarangire is known for its elephants. You will see these enormous creatures travel in families and you surely will not miss the extraordinary care they take of their young. Also in this park is the Tarangire River. This river winds through the middle of the park providing nourishment for the animals and great viewing for visitors. Daily large herds of animals and birds gather around this river so you will be sure not to miss anything. Read More 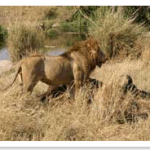 The Serengeti is the setting for so many wildlife documentaries with good reason. Visitors are virtually guaranteed to see an impressive array of wildlife. The Serengeti boasts a staggering populations of giraffe, eland, zebra, wildebeest, lions, elephants, Thompson’s gazelles, buffalo, Topi, Grant’s gazelle and 500 species of birds. The annual wildebeest migration (The Great Migration) is one of the most spectacular and breath-taking events in the world. Read More 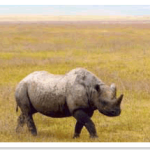 The Ngorongoro Crater is a sunken volcano, or better termed the largest intact volcanic caldera. The view from the crest of the crater will provide you with an expansive sight of the entire crater that spans 260 square kilometers. The crater is relatively small and can often feel like there are a lot of vehicles, but it is still a must-see on most itineraries. Read More 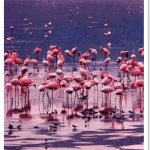 Lake Natron is a soda lake with extreme alkalinity since some of its water leaks through the lava flow of the nearby active volcano Ol Doinyo Lengai. At times, there are several hundred thousand flamingos on and near the lake making for a wonderful spectacle. The weather is significantly hotter here then at most other northern Tanzania destinations but the scenery is striking and unlike anywhere else. Read More

Lake Manyara has a considerably different landscape from any of the other parks. Picture lush woodlands and the beaches of this Rift Valley lake where giraffe, elephants and wildebeest enjoy an endless supply of water. You will often see these enormous animals in the water, sitting, sipping or just cooling off. Due to this unique habitat, there are hundreds of bird species able to live in the forests and the ultimate site-seeing prize of this area is the tree-climbing lion. Read More