Western Tanzania is rarely visited because it is rather difficult and expensive to get there. But most that do go are attracted by the Chimpanzees. Witnessing wild chimps in their natural habitat is truly something quite special.

The chimps can be seen in Gombe & Mahale National Parks. The other main reason for visiting the West is Katavi National Park. Here, you’ll experience the feel of truly isolated bush with very, very few other tourists.  Pretty much all accommodation options in these parks are well on the expensive side.

In case you are curious, there is no sane way to reach the west by road vehicle. We just read an explanation on TripAdvisor from someone who took buses from Dar to Kigoma.  He ended up taking four days (by bus!) to get there.  There is the possibility that some people on a budget might decide to take the train but that is not something we offer to our guests and for most people it is highly not recommended.

Brian, co-owner of A2T, has taken the train, but it was pretty dirty and we’ve heard that it has gotten worse.  If you want to take the train, we can try to provide some guidance on that, but you would be on your own in the sense that we can’t take any responsibility.  The only practical way to visit Gombe, Mahale and/or Katavi is to fly.

If you are planning to visit Gombe, it is probably best for you to fly Precision Air in and out of Dar es Salaam. Note that depending on the day of the week, your flight from Dar to Kigoma (nearest airport to Gombe) might be leaving in the morning or in the afternoon.

If it’s the day for the morning flight (check www.precisionairtz.com for the latest flight information) then you will likely need to sleep the previous night in Dar es Salaam. This could eat up some of your valuable time in Tanzania. If you are lucky and it’s the day that the flight to Kigoma departs Dar in the afternoon, then you are lucky and you could probably take a flight from Arusha to Dar in the morning and still reach Dar in time to catch the flight to Kigoma.

All in all, it’s a time-consuming and expensive trip to get to Gombe – and we didn’t even point out that the park fee there is $100 per person per day! – but honestly most people who try it really like it and say that it is worth it. Brian has done it, but he did it the cheap way (when he was a Peace Corps volunteer) so we could help give advice if someone is interested in doing it the cheap way.

If you are planning to Visit  Mahale National Park &/or  Katavi National Park, then it is nearly impossible to get there any way other than a shared chartered flight. The first thing to note is that, as far as I can tell, these shared chartered flights are only available on Mondays and Thursdays. Yes, that means that your stay at either of these parks will be either 3 nights or 4 nights.

I’m not sure why they do it this way. It may be to create some efficiencies. It may also be because the camps don’t want flights in and out of their airstrip every day disturbing the peace. These are truly very peaceful places. The flights, though expensive, are quite nice because you can pick them up almost anywhere including places like: Arusha, Lake Manyara, the Serengeti, Ruaha, Selous and Dar.

There are limited choices for accommodation, so do book early and check out the options on our Mahale and Katavi pages under Accommodation.

Rubondo Island & Lukuba Island: We have included these locations under West, but really they are in a category all their own.

We did not want to literally give them their own category and we didn’t want to include them with the North so we put them in the West.

Simply, these are two islands in Lake Victoria. These islands really only provide one accommodation each (though there is a quite reasonable park banda on Rubondo) so check them out on our Rubondo and Lukuba pages. 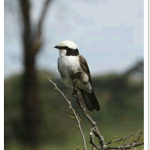 A peaceful paradise with untouched beaches, bird-rich marshes and rare animal species. Here you can go on foot or by boat. This is the only good place in Tanzania to find sitatunga, East Africa’s only truly amphibious antelope. There are also other antelopes, vervet monkeys, small carnivores, hippos, crocodiles, reptiles and at least 200 bird species. There are also chimpanzees (un-habituated), elephant, colobus monkeys and giraffe, but you are less likely to see them. Read More 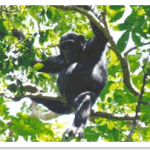 Mahale National Park is home to some of the last remaining wild chimpanzees: a population of roughly 800. Tracking the chimps is a fascinating experience. You can also take a dip in the unbelievably clear waters of the world’s longest, second-deepest and least-polluted freshwater lake! Read More

Lukuba island is 12 km offshore northwest of Musoma and actually contains two islands plus numerous small islets. The islands are fringed by lush vegetation and dotted with the massive boulders so characteristic of this part of Lake Victoria. In addition to several small villages and seasonal fishing camps, the islands are home to monitor lizards, red monkeys and dozens of bird species – about 70 have been identified thus far. Read More 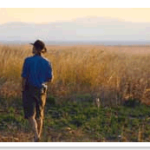 Isolated, untouched and with few visitors, Katavi is a true wilderness, providing a taste of the untouched Africa. As Tanzania’s third largest national park it would attract large numbers of visitors, but it is in the remote Southwest part of Tanzania and difficult to reach. It is best to visit during the dry seasons (June through October) when water is scarce and for miles along the Katuma River, animals congregate in unbelievable numbers. Read More

The smallest of Tanzania’s national parks, Gombe is a narrow strip of chimpanzee habitat on the shore of Lake Tanganyika. Its chimpanzees – habituated to human visitors – were made famous by the pioneering work of Jane Goodall’s studies. The matriarch, Fifi, the last surviving member of the original community, only three years old when Goodall first set foot in Gombe, is still regularly seen by visitors. Tracking the chimps is a fascinating experience. Read More