In the South, there are really 2 main parks (Selous and Ruaha) with a third park that is often omitted in a Southern Parks itinerary: Mikumi.

There are far fewer guests in any of these parks on any particular day. The animals tend to be more skittish and thus it can be difficult to get close to them.

The southern parks present a real opportunity to get away from the main tourist circuit. Most people are on the game package in the Southern parks.  This means that they will fly in and out of the parks, using the guiding and activity services offered by the camps.

There are really very few lodges. There are luxury tented camps instead. Pretty much all of them are relatively expensive. There is one relatively low-cost camp in Selous but we had a few bad experiences with them and stopped using them. Game drives and other activities are typically shared with other guests.

On occasion we have driven our vehicles from Arusha to the Southern Parks, but it really is quite a distance and so we rarely find that it’s worth it for us to do that. The unique feature in the south is the ability to do river boat rides. Some people have really loved these.

There is also the opportunity to go fly camping.  What is fly camping? Basically it means that even though you are staying with a particular camp, you can opt to go on a hike and then pitch tents off in the bush.  Of course, crew will accompany you and they know where to go and how to camp so it’s still fully catered.  It’s a great way to really get away from it all and experience the bush. This should be pre-booked and it’s not necessarily cheaper than staying the luxury camp. In fact, it often costs more.

You can get flights to the South from the North or from Dar. We often find that people will do a northern circuit safari, fly down to the South from Arusha and then continue on to Dar es Salaam for an international departure or on to Zanzibar for some time on the beach. 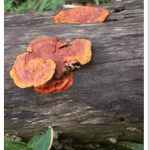 Udzungwa is the largest and most bio-diverse of a chain of a dozen large forest-swathed mountains that rise majestically in Eastern Tanzania. Known collectively as the Eastern Arc Mountains, it has also been dubbed the African Galapagos for its treasure-trove of endemic plants and animals, most familiarly the delicate African violet. It is a magnet for hikers, with its excellent network of forest trails. Read More 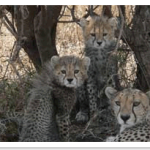 This untouched uninhabited area is home to the biggest herds of elephant and other wildlife to be found anywhere in the world. The large meandering Rufiji River with its network of channels, connecting lakes and lagoons offers visitors the unique opportunity to go on safari by boat and experience the spectacular concentration of wildlife from an unusual perspective, especially during the dry season when animals congregate. Read More 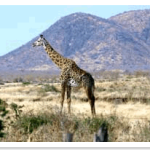 Ruaha National Park is the second largest National Park in Tanzania. The Great Ruaha River fascinates with its variety of mammals and birds coming to drink. This is one of Tanzania’s least accessible parks and as a result it is relatively untouched. Ruaha is known for its large elephant and buffalo herds and one of its principal attractions lies in being able to see greater and lesser kudu as well as the majestic sable and roan antelope within the same area. As well as an abundance of lion, leopard and cheetah it is also home to the increasingly rare wild dog. Read More 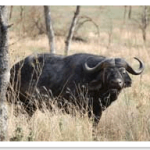 Mikumi, transected by the surfaced road from Dar es Salaam to Iringa is the most accessible park in the Southern circuit. The centerpiece of Mikumi is the abundant wildlife of the Mkata Floodplains that draw frequent comparisons to the more famous Serengeti Plains. Lions survey their grassy kingdom – and the zebra, wildebeest, impala and buffalo herds that migrate across it – from the flattened tops of termite mounds. It is perhaps the most reliable place in Tanzania to view the eland, the world’s largest antelope. Read More